Your Brain: An Introduction to Its Anatomy

Your Brain: An Introduction to Its Anatomy 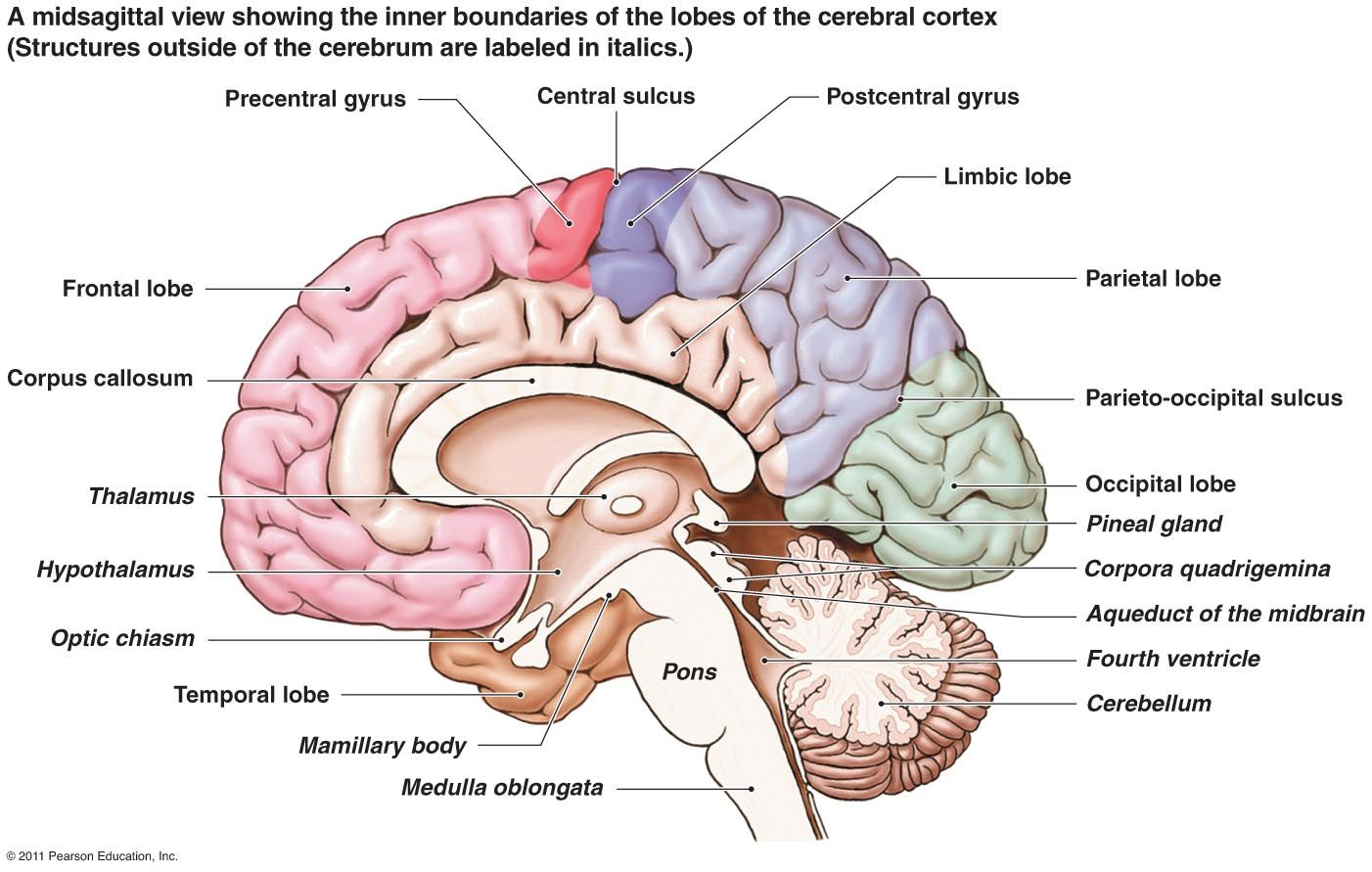 Your brain is one of those things many of us take for granted. As the site of human consciousness, the coordinator of voluntary movement, and the regulator of nonconscious processes, your ? can do it all. The brain is not just a blob of cells in your skull, and the anatomy of the brain is quite complex. However, it is also very interesting to learn about.

Let’s start with some fun facts about the brain. Did you know…

Let’s first dive into each lobe of the brain. Each lobe has its own set of distinct functions, and together, the lobes of the brain make you, you. Damage to the brain can result in serious complications, and learning the function/location of each lobe enables us to understand the consequences of brain damage.

Anatomy: The frontal lobes are located directly behind the forehead, and they are the largest lobes in the human brain. Located in the frontal lobe is Broca’s area, which controls the muscles in the mouth used for speech.

Function: The frontal lobe is responsible for speech & language production, motor skills, understanding & reacting to the feelings of others, forming personality, maintaining a sense of motivation, and managing attention.

Damage: The frontal lobes are the most common area for damage in the brain. It can result in paralysis, Broca’s Aphasia (inability to express language,) inability to focus, Adynamia (reduced motivation,) changes in personality, mood fluctuations, and difficulty controlling impulse.

Anatomy: The parietal lobe is located near the back/top of the head, directly behind the frontal lobe, and separated by the parieto-occipital central sulcus

Function: The parietal lobe is responsible for sensations, such as touch, pressure, pain, heat, and tension, navigating and controlling the body through spatial awareness, understanding written language, and solving math problems

Anatomy: The occipital lobes are in the rear part of the upper brain. The central cerebral fissure divides the 2 lobes, and the tentorium cerebelli separates them from the temporal lobe and cerebellum. It contains the primary visual cortex, which sends and interprets information through our eyes

Function: The occipital lobe is responsible for depth perception, color determination, distance perception, face recognition, object recognition, and combing the images from both eyes into one image

Function: They temporal lobe is responsible for long term memory, emotion, understanding and giving meaning to voices and sounds, and is an essential part of the limbic system

Anatomy: The cerebellum is found at the back & bottom of the brain, right behind the brainstem and under the occipital lobe.

Function: The cerebellum is responsible for maintaining balance, coordinating movement, assisting in vision and coordinates eye movements, motor learning & muscle memory, researchers think the cerebellum has some role in thinking and emotions

Damage: Damage to the brain stem can result in lack of muscle control and movement, abnormal eye movements, headaches, slurred speech or difficulty talking, difficulties with walking and mobility, ataxia, and dysmetria (inability to judge distance and know when to stop).

Anatomy: The brainstem is divided into 3 sections: the midbrain (mesencephalon), the pons (metencephalon), and the medulla oblongata (myelencephalon)

We hope you enjoyed using your brain to learn about your brain! Every part of the brain serves a different purpose which is why it is important for them to work effectively together. Damage to even just one lobe can lead to a decrease in performance and ability to perform certain tasks. We’ll be posting about brain injuries soon, so you can learn about ways to keep your brain safe and healthy.