Psychophysics: How We Smell, Hear, and See 

Psychophysics: How We Smell, Hear, and See 

The five senses are something that we often learn about at a young age. We can navigate the world through our five senses, and even though they are prevalent in our daily lives, most people don’t know how they work. Perception is something that we couldn’t live without, and though our brain knows how it works, we ourselves, aren’t aware of its exact mechanics!

How could we interact with the things around us without our sense of perception? How could we communicate without our ability to see, hear, or feel? How could we enjoy the foods we eat for dinner or smell delicious baked goods as they come out of the oven?

We’ll dive into three of the five senses (sight, hearing, and smell) and how they work in this post.

To understand how the five senses work, we must first understand how the brain detects stimuli. The process of sensation goes from physical stimulation to a physiological response and then finally to a sensory experience. Each sensory system has distinct receptors and neural pathways. Sensory receptors are specialized structures that respond to physical stimuli by producing electrical changes that initiate neural impulses. For example, smell is detected through the olfactory nerve, while taste buds detect stimuli sent to the brain through facial and favus nerves. Touch and pain are detected through skin neurons and then sent to the spinal nerves.earing is detected by pressure-sensitive hair cells in the cochlea of the inner ear and then enter the brain through the auditory brain. Lastly, sight is processed through rods and cones in the retina and optic nerve in the eye..

More potent stimuli produce more significant receptor potentials, leading to faster action potentials in nerves that send information to the brain. When a stimulus is strong, the brain reacts faster to that stimulus. When there are changes in the stimuli around us, our brain’s job is to detect the change and alert us. When the stimuli first change around you, you detect it. For example, If you put a wristwatch on, you will feel it when you put it on, then later not feel the pressure. When you smell a strong scent, the smell seems to fade as you stay there. This is due to sensory adaptation: when we are exposed to the same stimuli for a length of time, we become used to it, and the sensory system adapts by becoming less sensitive than it was before, eventually leading to you not noticing it.

The stimuli for smell are chemical molecules that enter the nose, so smell is considered a chemical sense. It is also referred to as the olfactory system, and the olfactory epithelium is where stimuli are detected. The stimuli for smell are chemical molecules that evaporate into the air and then bond to a receptor site, which changes shape. This causes an electrical change that leads to an action potential of the nerve, sending the message to the brain. The axons of the olfactory system eventually reach the olfactory bulb in the brain, where they form synapses (connections between neurons) in the glomeruli structure. The glomeruli then send the message to other brain parts, such as the hypothalamus, where we respond emotionally to the smell. Our ability to taste different flavors is dependent on our smell, so if you ever have to eat something yucky, pinch your nostrils! There are differences between people when it comes to olfactory sensitivity. Women, for example, are more sensitive to odors than men. In addition, genetic differences cause there to be differences in what odors we can identify. Some people can sense at least 75 odors while others cannot. Sensitivity to different odors is also dependent on our experiences and what smells we have been exposed to before. 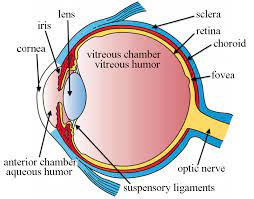 Unlike smell, sound is a physical stimulus rather than a chemical one. Sound travels in waves and reaches our ears through the vibration of air (or another medium.) Waves vary in frequency, and sound waves of greater frequency are higher energy and sound higher-pitched. Waves in lower frequency are lower-pitched and sound lower-pitched. The amplitude (height) of waves can also vary. Higher amplitude waves are louder than waves with lower amplitudes. Humans can hear amplitudes from 20 to 20,000 Hz. The anatomy of the ear enables us to make sense of auditory stimuli. It consists of the pinna (the visible portion of the ear) and the auditory canal, which begins at the ear’s opening and ends at the eardrum. Vibrations of sound waves cause the eardrum to vibrate. The eardrum is also called the tympanic membrane. The middle ear is an air-filled cavity that has three bones called ossicles that are tiny! The three bones are called the hammer, anvil, and stirrup. When the eardrum vibrates, it causes the ossicles to vibrate as well. The middle ear’s primary purpose is to amplify the sound waves’ intensity to enable transduction. Transduction is the response of action-potentials in neurons that eventually leads to a response, such as the brain making sense of the stimuli, in which you become aware of it. Transduction occurs in the inner ear in the cochlea. In the inner duct, a tube in the inner ear, are hair cells on the basilar membrane. At the end of each hair  cell is a synapse that forms with auditory neurons, leading to the auditory nerve which runs to the brain. The hair cells then release a neurotransmitter, causing action potentials that send messages to the brain.

When I was in preschool, we were learning about the five senses, and one of the activities was to draw a house blindfolded. When I heard that the activity was going to make us “blind,” I refused to participate because I thought the activity would make me go permanently blind, which three-year-old me didn’t want! But how do we see? Of the five senses, vision is actually the one that we know the most about.

When we see, light waves are transmitted across the cornea (the front part of the eye that acts as a barrier,) and then the waves pass through the pupil. The pupil’s job is to adjust how much light we are exposed to.

For example, in a dark room, our pupils dilate and increase in size, and when we are staring at something bright, the pupils decrease in diameter.

The light waves then pass through the lens. The lens serves similarly as the lens of a camera, as it focuses the image so we can eventually decode what we’re looking at. Once the light waves have passed through the front-most part of the eye, including the cornea, pupil, and lens, it hits the retina at the back-most side of the eye. The retina has two main types of cells: rods and cones. Cones are responsible for color vision and mainly concentrate in the fovea, which is in the center of the retina. Rods are found away from the retina’s center and are used primarily in dark light and for the less-fine details of sight.

The science of how we see, smell and hear beautifully illustrates the interdisciplinary nature of neuroscience and how psychology, physics, and biology can all come together to describe a key component of Neuroscience: Psychophysics.

With this information, we can better understand how the senses work and what is happening in our bodies as we see, smell, and hear.

“How Do We Hear?” National Institute of Deafness and Other Communication Disorders, U.S. Department of Health and Human Services, https://www.nidcd.nih.gov/health/how-do-we-hear.